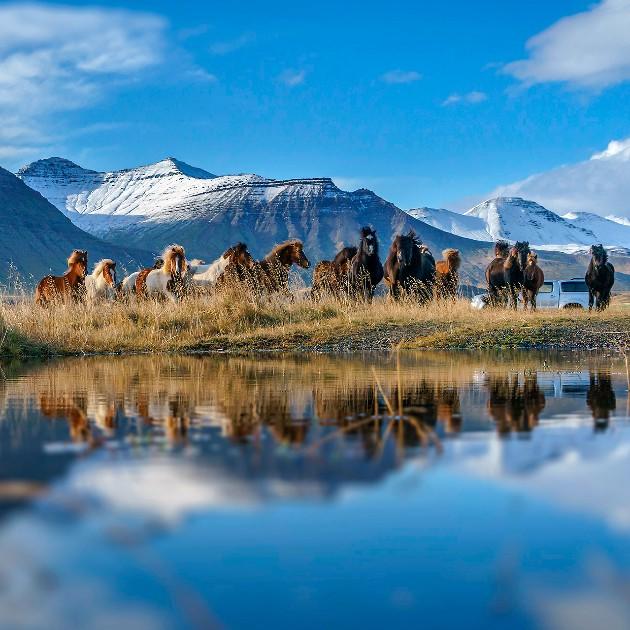 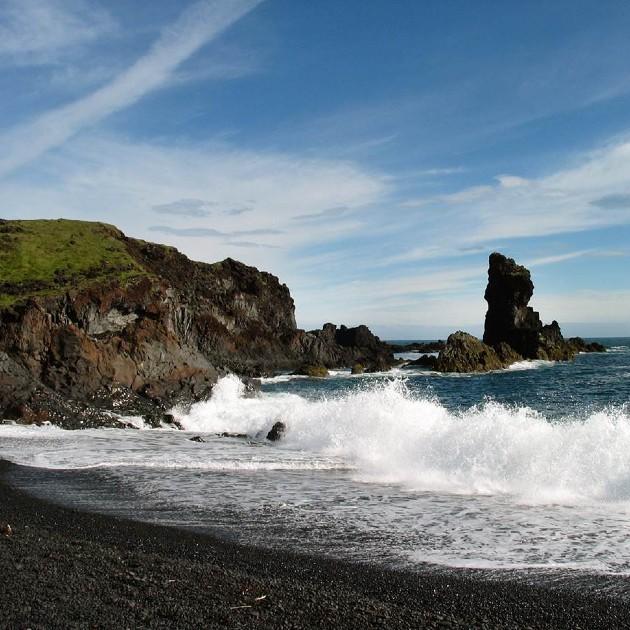 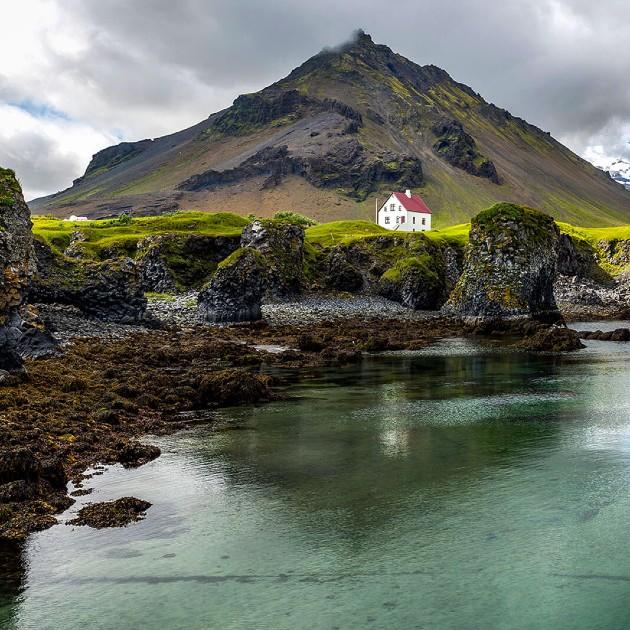 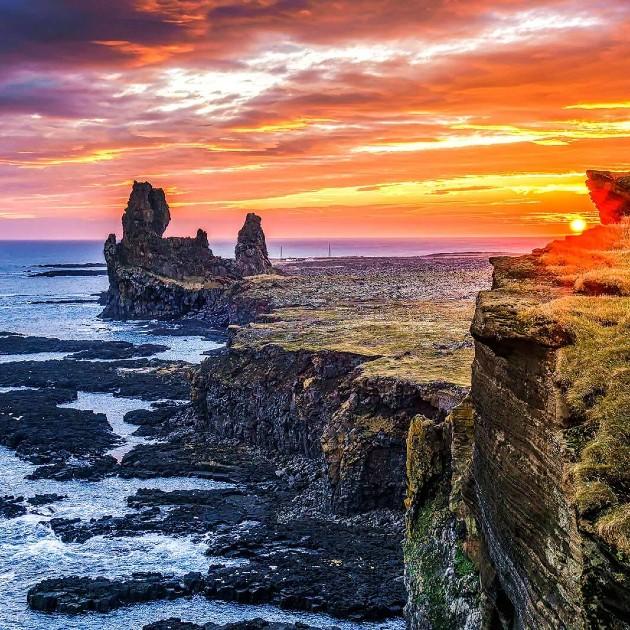 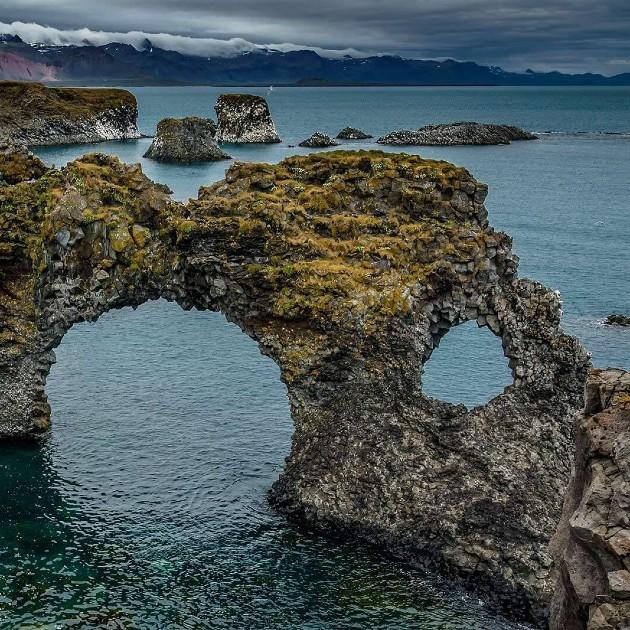 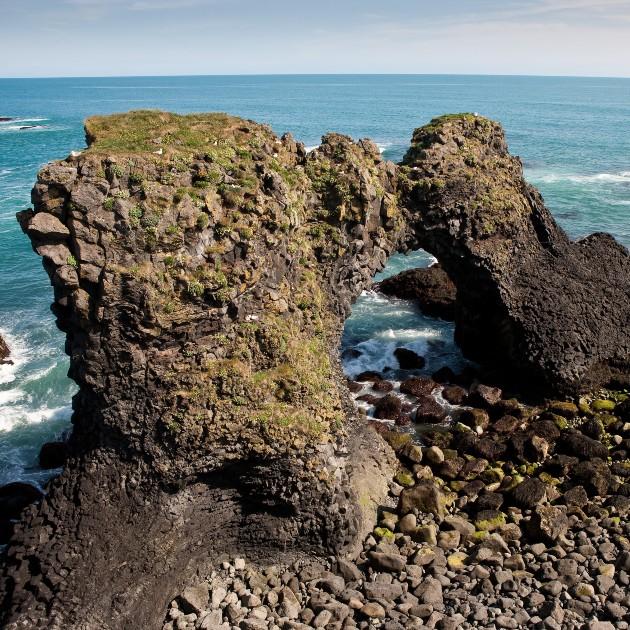 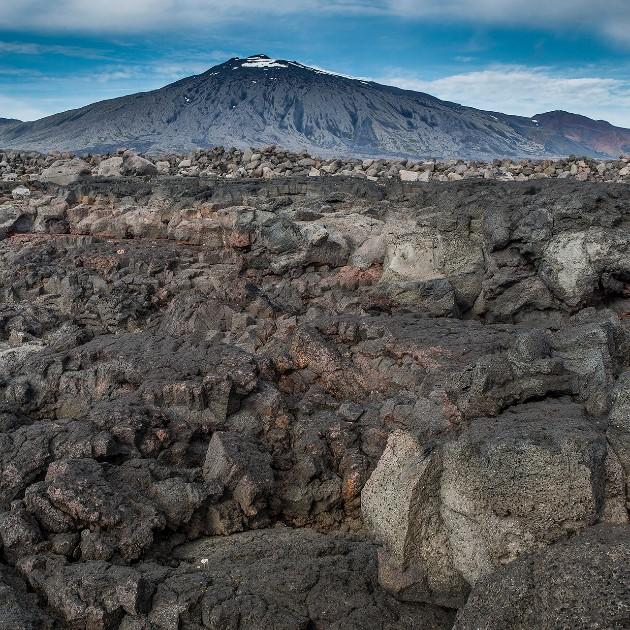 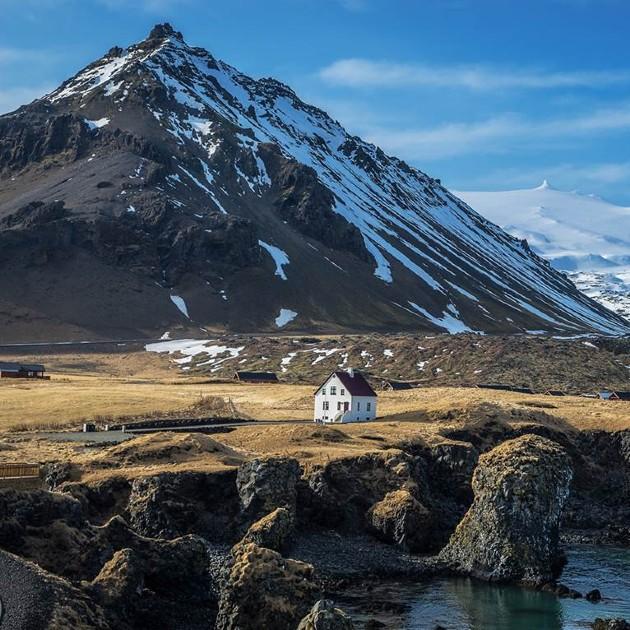 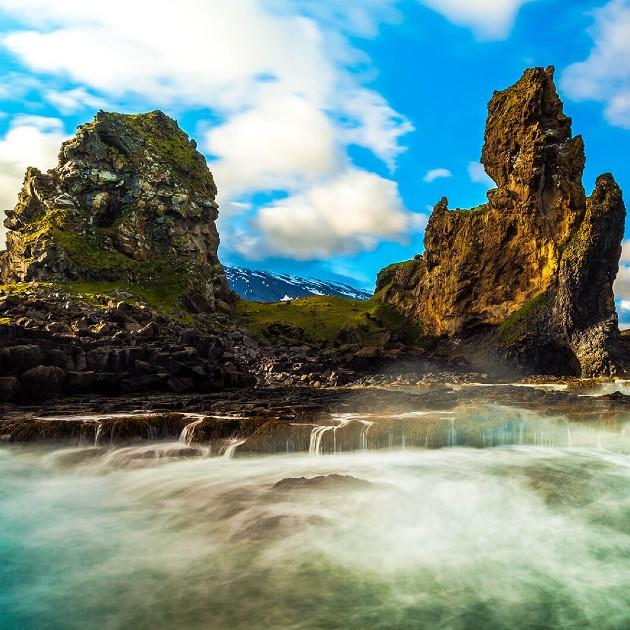 This beautiful part of Iceland sits on the other side of the Faxaflói bay, to the North West of the city of Reykjavik and is a location that any diehard fan of Iceland should be adding to their list of things to see. Not only does this location have black sand beaches to rival the southern coast, a national park that could give Þingvellir a run for its money and of course it’s very own glacier but it also has a lot of charm that will be sure to win your heart.

First, we need to get you out of the city to begin our northward journey, passing by the famous Mt. Esja and around the Faxaflói Bay onwards to volcanic Snæfellsnes Peninsula.

Our first stop is a viewing point overlooking the region well marked by a rough and wild lava field called Berserkjahraun. The lavafield dates back to a volcanic eruption that took place 4000 years ago and has a brutal story to tell, well preserved in one of the Icelandic Sagas.

When getting close to charming fishing village of Grundarfjörður we spot it's landmark and prominent mountain called Kirkjufell. It would be an understatement to say that Kirkjufell is one of the most popular mountains in Iceland, as the image of this tall mountain reflected in the nearby water has become an image almost synonymous with the country itself. It stands at a height of approximately 463 meters and also has had its 15 minutes of fame on the silver screen playing the part of the ‘Arrowhead Mountain’ in the hit show ‘Game of Thrones’.

Our next stop is by the Kirkjufellsfoss waterfalls where we can admire the falls with Church Mountain in the background. The old bridge over the falls used to be part of the old main road before it was moved to where it is now. A well-maintained path takes you around the area and allows for the perfect pictures.

The name of the Peninsula comes from the 1500 m high glacier capped volcano, the regions landmark at the far end of the peninsula. The volcano is one of the most famous sites in Iceland due to the Jules Verne's novel, Journey to the Centre of the Earth. The icy covered volcano is a true nature gem and very rich of legends. Many believe the volcano to be one of seven main energy centres of the earth and many feel its mystique and special energy.

Following on from the mountain and getting around Snæfellsjökull subglacial volcano, we aim for the black sand beaches of Djúpalónssandur. This area was once home to anywhere up to 60 fishing boats and also housed one of the most profitable fishing villages in the area but all of that has now gone leaving behind a beautiful and serene bay. As a reminder of the history of the area, the bay is still home to four lifting stones that were once used by fishermen to test their strength. Once everyone has lifted a stone and proven themselves worthy, we will be able to move on to our next stop at Lóndrangar.

Lóndrangar is a beautiful rock formation, rising some 75 and 61 meters above the surrounding landscape. They are volcanic plugs of basalt, a remnant from a bigger crater that has mostly been eroded away. A good hiking path allows for exploration in the area and take you to great viewing points where you can also observe seabirds that nest in the sea cliffs during the summer months.

It is only a 10 minuets drive is to our next destination, Arnarstapi harbor. Arnarstapi is a tiny fishing village that sits on the southern edge of the peninsula that stands a monument to rich history Iceland has with the fishing industry as well as its rich history with stories and sagas. With its incredibly accessible location, Arnarstapi quickly became an ideal location to serve as a hub for the fishing activities in the area. Very quickly, the small town grew into a large shipping port which supplied much of the west coast of Iceland and brought in a tremendous amount of trade to the whole island.

Today the town sees much less use as a fishing port but the docks here have been very well maintained and now see a lot of use from tourists and during the summer months the docks come alive with boats! When it comes to breathtaking nature though, Arnarstapi may just win the day as you look over the cliffs that this area has in abundance. Striking basalt columns and curiously cubic rock formations are interlaced with thin walkways caused by years of erosion as the land fights against a sea that wants to reclaim it. From Arnarstapi we start our return back to Reykjavik