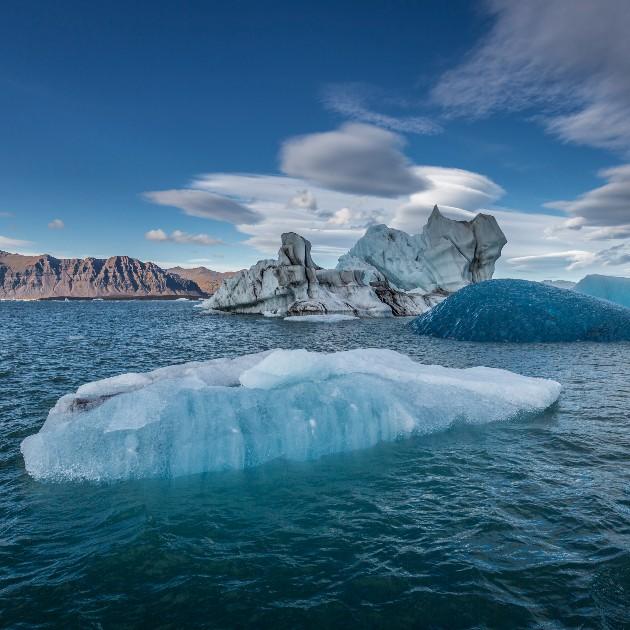 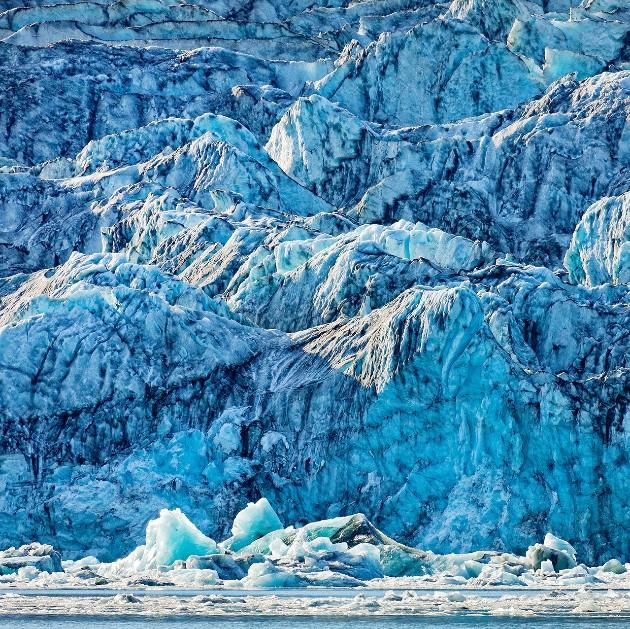 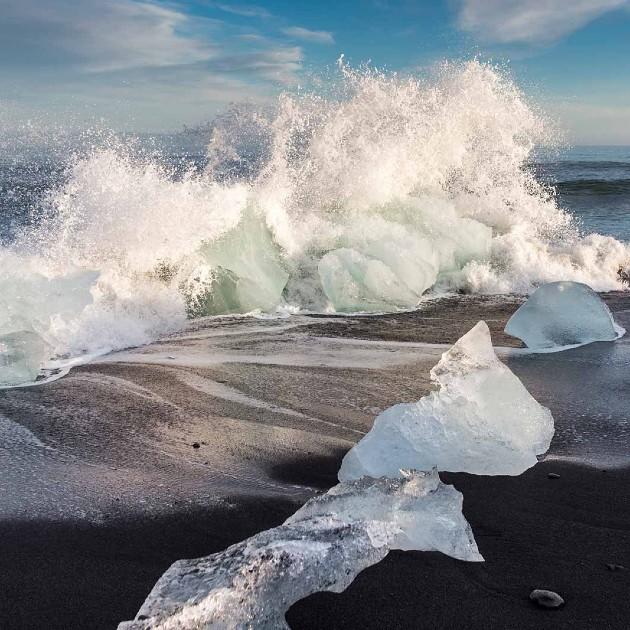 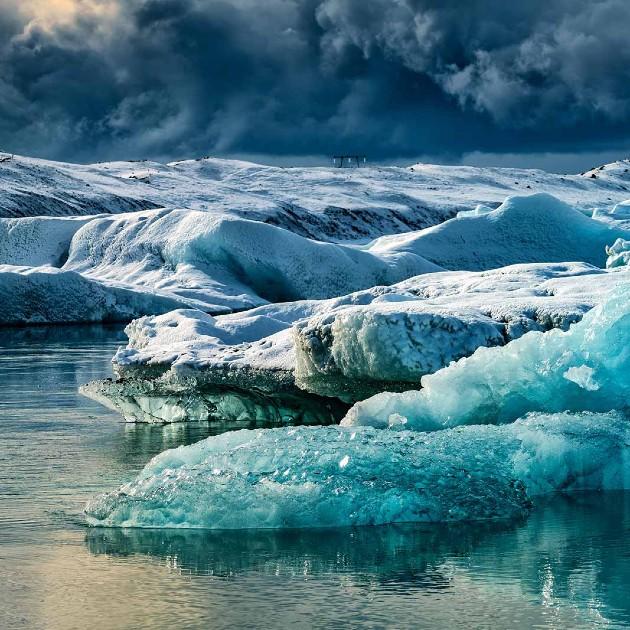 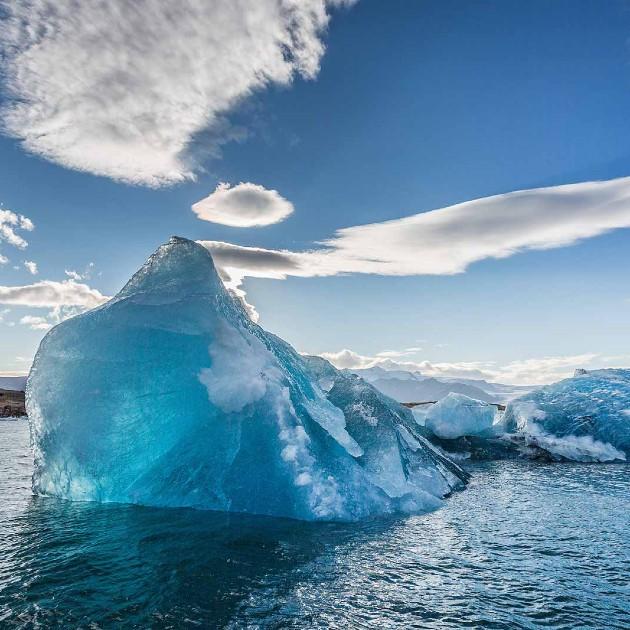 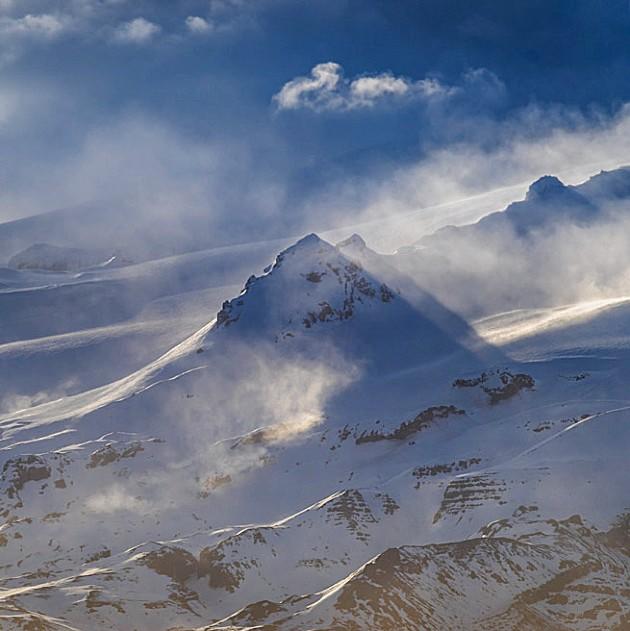 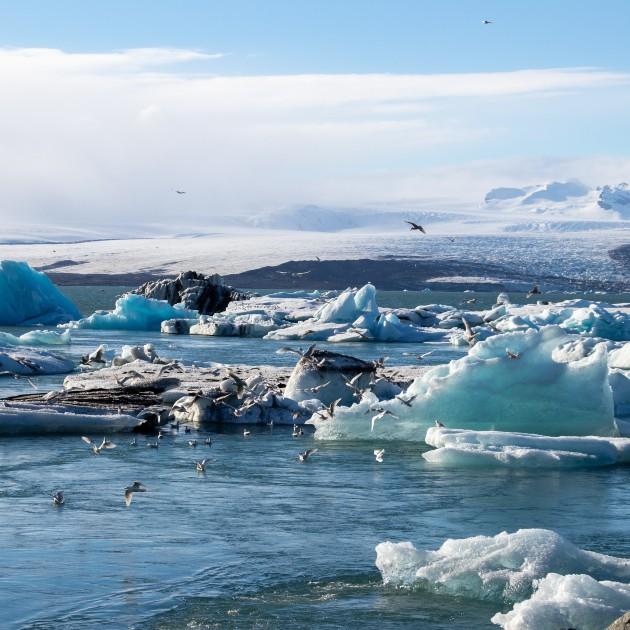 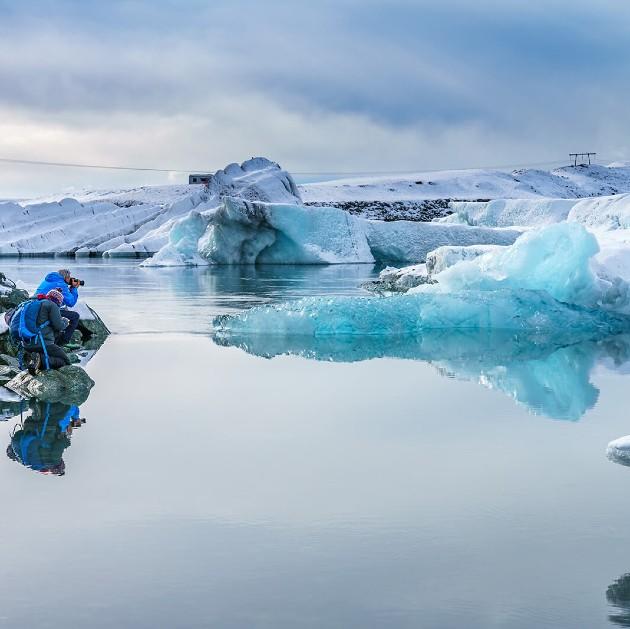 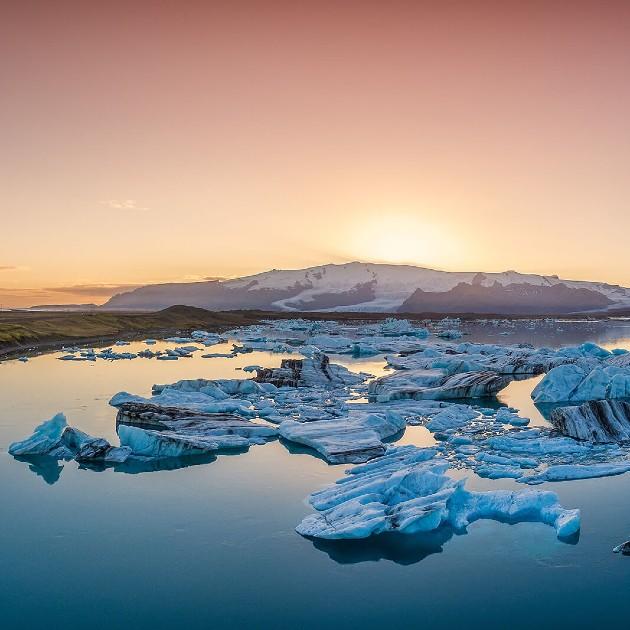 Iceland’s South Coast is a true natural beauty, as numerous popular attractions lie along the coastal line. 380km from Reykjavik is the astonishing highlight; Jokulsarlon Glacier Lagoon and its surrounding wonderland, truly one of a kind.

The sheer force of nature has carved one of the outlet glaciers from Vatnajokull ice cap, Iceland’s largest and Europe’s most voluminous glacier, and formed Jokulsarlon and the Diamond Beach. The beach’s black-velvet-textured sand is scattered with big and small blocks of ice. Coming into existence in the 1970s, the Jokulsarlon glacier lagoon and its vicinity became a symbol of Iceland’s pure and ever-changing nature. We also check out the neighbouring Fjallsárlón lagoon.

We will also make several stops along the way. The the hidden gem Stjórnarfoss waterfall, The mysterious Seljalandsfoss - the waterfall you can walk behind; the charming, seafront town Vík, famous for its black sand beach and home to the majestic Reynisdrangar sea stacks.

This 14-hour day tour, our longest, is filled with impressive attractions and picturesque landscapes, making the journey unforgettable.

Heading out to South Iceland via Route 1, you  can expect to see iconic sceneries on both sides: silver-topped glaciers, black sand lowland, mossy lava fields, and the glistering Atlantic ocean beaconing afar. The South Coast of Iceland is full of dramatic scenes.

After a few hours of driving, we will reach the Jokulsarlon Glacier Lagoon, praised as Iceland’s crown jewel. Jokulsarlon is popular for its stunning beauty and ever-changing appearances. It also inspired many moviemakers to give their work a unique touch. James Bond movies Die Another Day and A View to a Kill shot here as well as Lara Croft: Tomb Raider, Batman Begins and The Northman all shot scenes in this area.

Jokulsarlon is created by the Breiðarmerkurjökull glacial tongue, one of the outlet glaciers from Iceland’s largest ice cap Vatnajokull. In the 1970s, the retreating glacier left a huge pond near the coast that eventually became Iceland’s deepest lake.

Another feature you will notice in the glacier lagoon is the floating icebergs, which glow in different shades of blue. Some of them even have brownish stripes, due to the ash sediment from volcanic eruptions decades ago.

After the iceberg calves off from the glacier, they roll, tumble, and drift around the lagoon, making them change colours, shapes, and appearances frequently. Over time, they break down into smaller pieces and are washed out to the sea.

Summer is a fantastic time to explore the lagoon as you may want to join a boat ride to sail among the icebergs, which is an optional extra. Seeing the floating icebergs close up is overwhelmingly unforgettable. Jokulsarlon also hosts vivid wildlife. Arctic terns nest close by, lovely seals swim around or rest on icebergs; you get to experience the purest element of Iceland’s nature.

Right next to Jokulsarlon Glacier Lagoon is Diamond Beach. It refers to the black sand beach on both sides of the lagoon’s bank, as an extension of the vast Breiðamerkursandur glacial outwash plain. The icebergs that broke away from the glacier tongue wander into the lagoon before being washed ashore. Some still immense and blue, some tiny and crystal, these pieces of glacier ice scatter on the black sand beach, forming an eye-pleasing contrast.

You may find some peacefulness walking in the fresh sea air, and maybe even some playfulness from the seals playing in the surf.

After you visit the lagoon and the beach, we will then head back to the capital along the south coast, stopping at several iconic attractions on our way.

The surprising attractions keep coming, as we explore more of the South Coast of Iceland.  We will take a small detour to see an attractive yet lesser-known natural wonder, Stjórnarfoss waterfall. It’s a highly-recommended attraction for a Ring Road trip itinerary, which is why we want to show off this venture off-the-beaten-track landmark.

A charming seafront village, Vík í Mýrdal is small with only 300 inhabitants, but filled with amazing natural wonders as Iceland’s southernmost village. Several stores and gift shops with great options are found here for visitors to recharge and shop for souvenirs.

The unique nature gives Vik vibrant colours in summer. The black sand beach at Vik is a top-rated destination for its diverse sceneries, and marvellously sculpted sea stacks.  It all helps to fulfil visitors’ imaginations, with the sound of heavy tides splashing and creating a dreamy, misty world.

One of Iceland’s most well-known, most popular waterfalls, Seljalandsfoss waterfall is fed by the glacial meltwater from the famous/notorious glacier volcano Eyjafjallajokull. Falling from a 60-meter cliff, Seljalandsfoss hosts a special surprise. When conditions are allowed, visitors can walk behind the cascade and take a look at the entire area from behind the fall for a spectacular panoramic view.

After the visit to the waterfall, it takes about two hours to reach the capital. We will head back to our bus and hit the road to Reykjavik via Route 1.