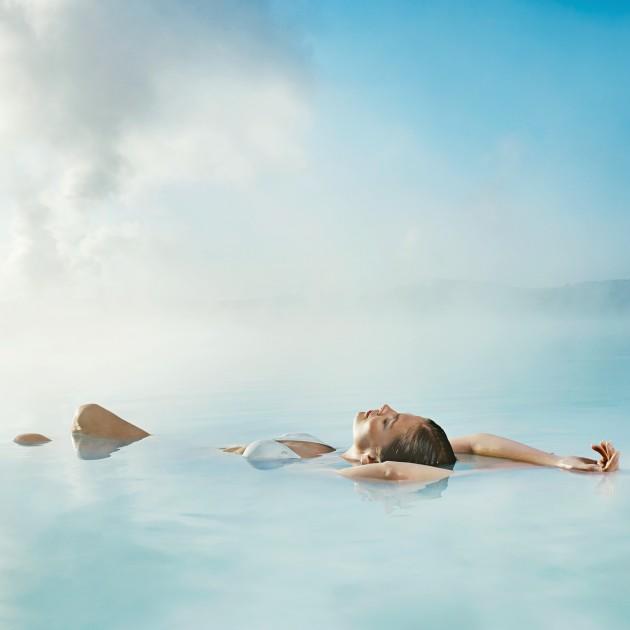 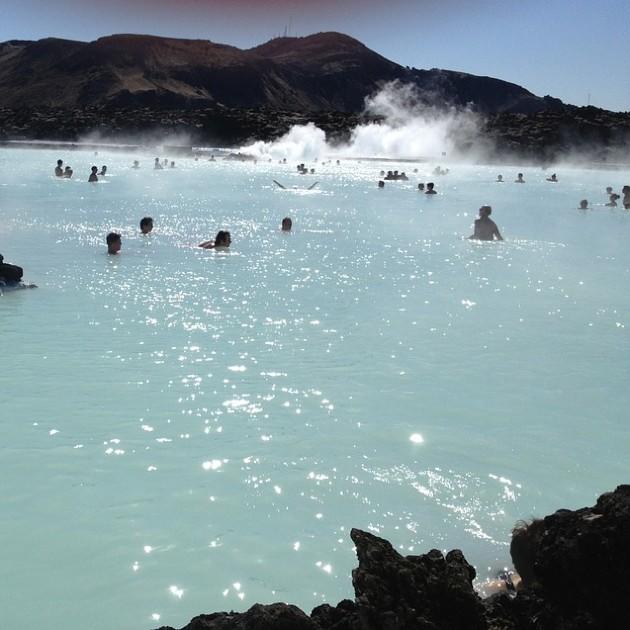 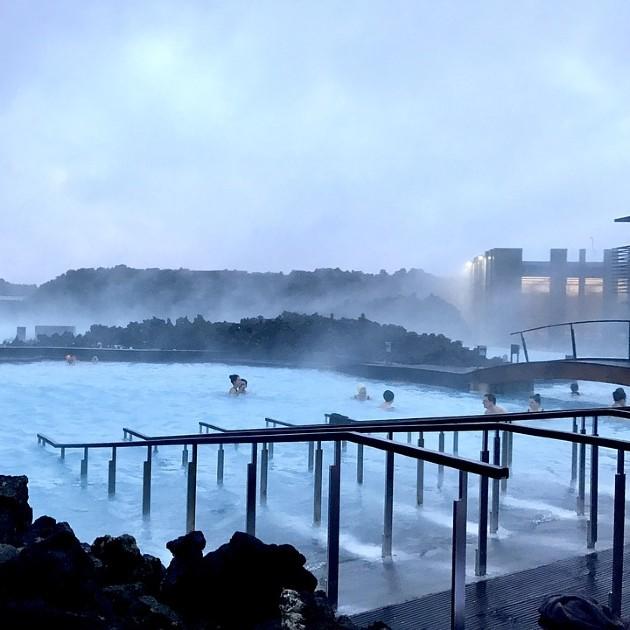 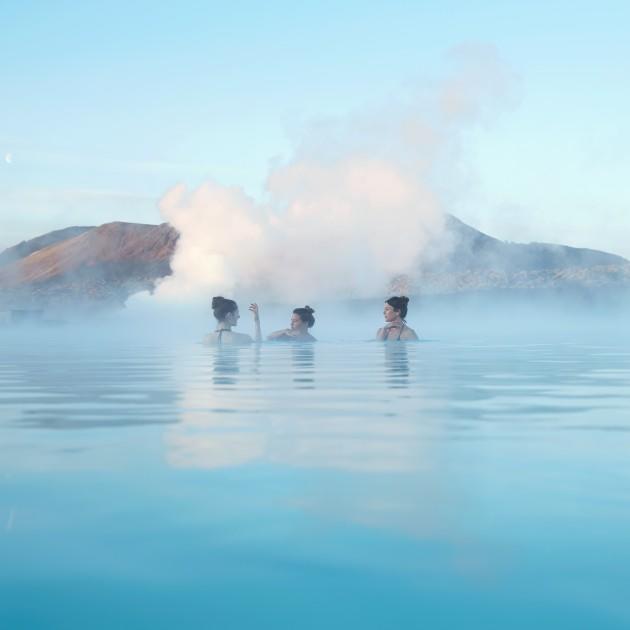 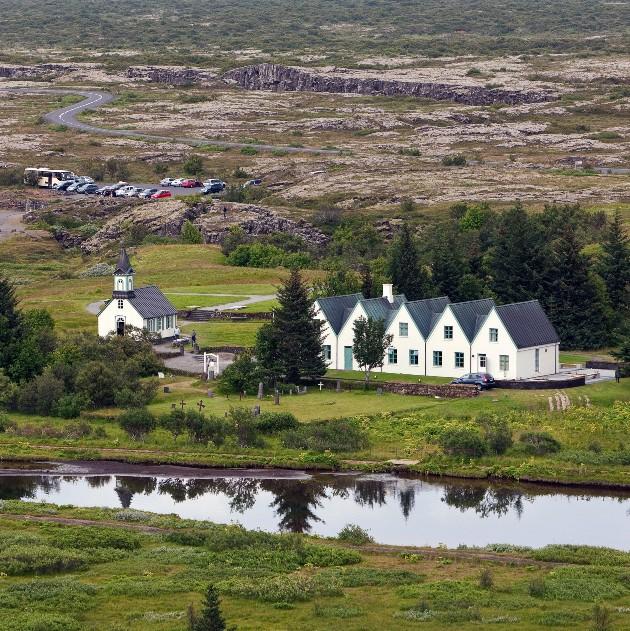 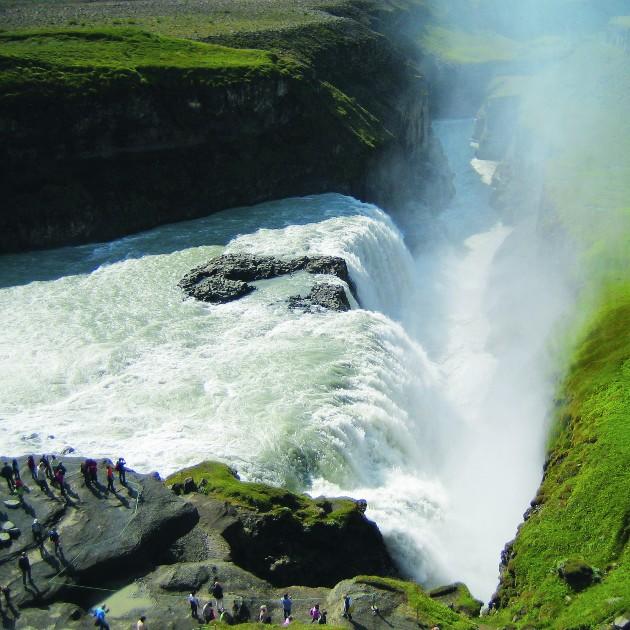 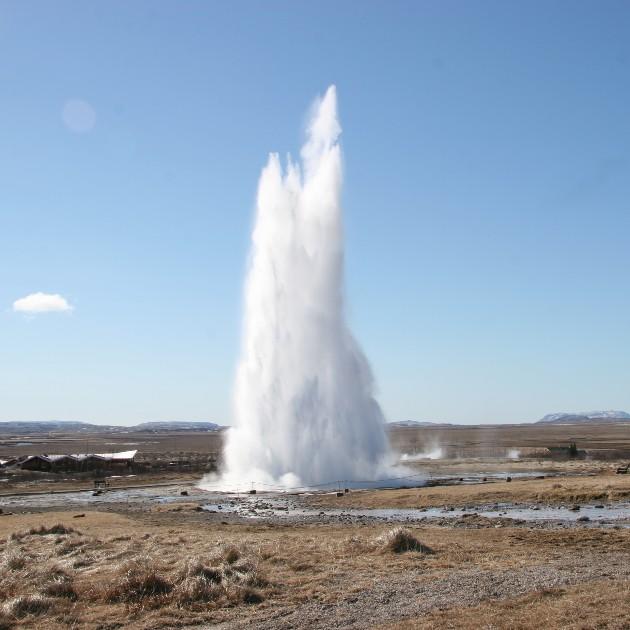 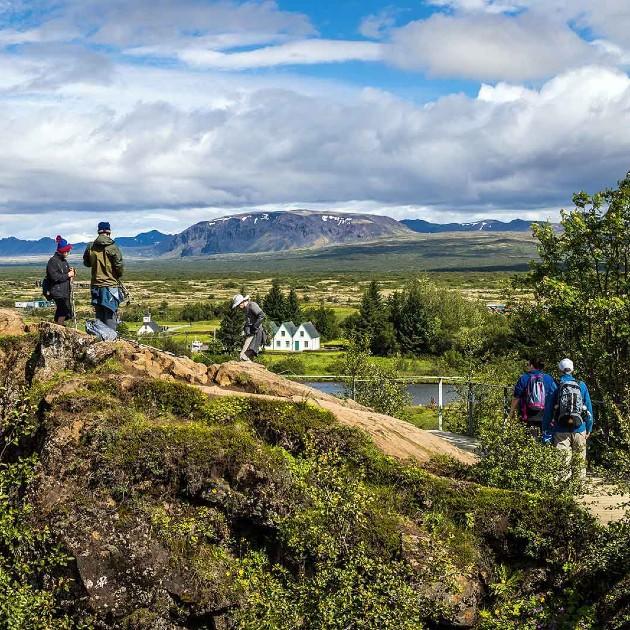 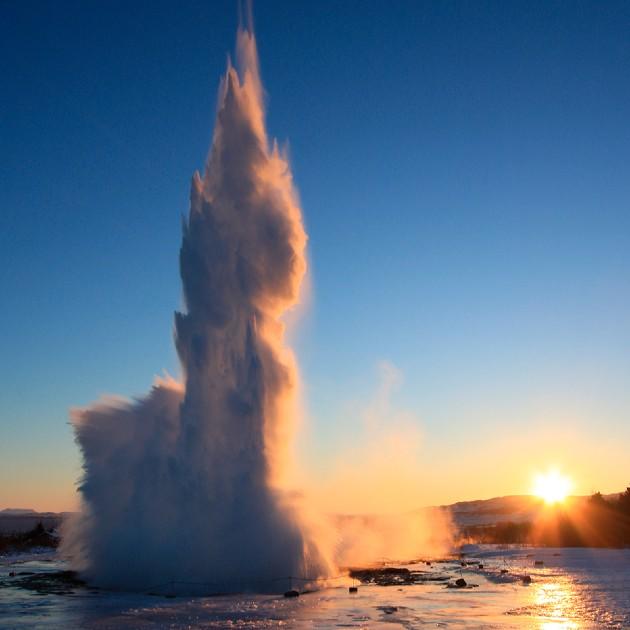 The small group Golden Circle and Blue Lagoon day tour is the ultimate treat, as it covers the most iconic attractions in Iceland, with an admission ticket to the world-famous geothermal spa, the Blue Lagoon. Hop on our fully-equipped, premium minibus, led by one of our experienced driver guides, we are going on an exciting day trip to see the most beautiful scenery Iceland has to offer, starting with the major highlights on the Golden Circle Route.

Then we will head to the Kerið volcanic Crater Lake, where we can see the striking contrasts between maroon, black, and mossy green colors down the slope, and turquoise water filled the crater.

The remarkable crater lake, Kerið, is yet another popular attraction on Iceland’s Golden Circle Route, famous for its greenish lake water and colorful crater appearances on the slopes. Kerid crater was formed around 3000 years ago during a volcanic eruption during which the volcanic chamber collapsed onto itself, after the burning magma depleted. Its shape is a perfect inverted cone, and a pathway was built for visitors to see the site. A bonus fun fact is that the Kerid crater has been a popular concert venue for many years!

After our visit to all the major points of interest in the Golden Circle of Iceland is complete, we head to the Blue Lagoon, or ‘Bláa Lónið’ in Icelandic. The wonder is famous for its milky blue water that is rich in silica, algae, salt, and other minerals with great healing benefits to the skin such as preventing premature aging.

A fulfilling adventure to explore the beautifully designed surroundings, sometimes you can even see the Northern Lights in winter’s sky at the Blue Lagoon. Since the opening of the lagoon area in 1987, the Blue Lagoon’s therapeutic reputation has travelled the globe, attracting millions of visitors.

Your admission ticket is included, all you need to do is to pack your swimsuit for the relaxing soak. After approximately 2 hours in the geothermal spa, we will head back to Reykjavik, which takes about 45 minutes to drive.