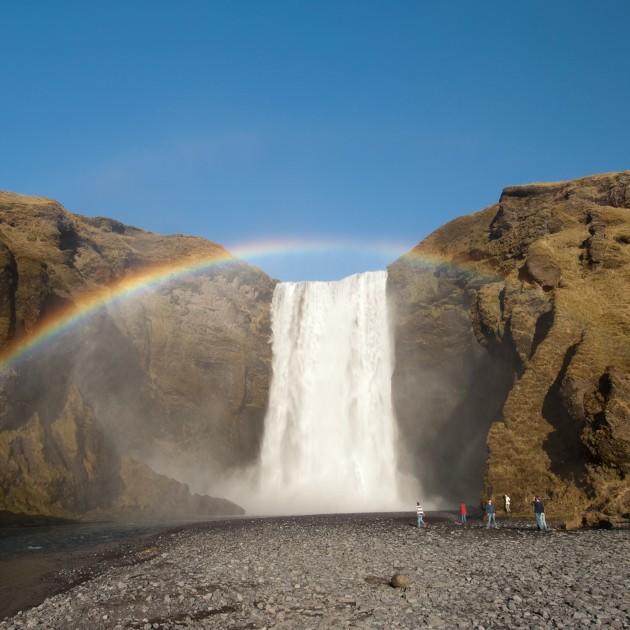 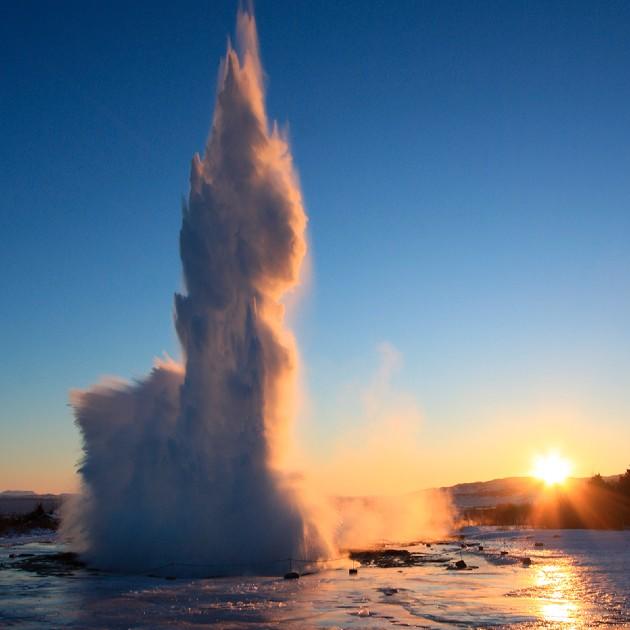 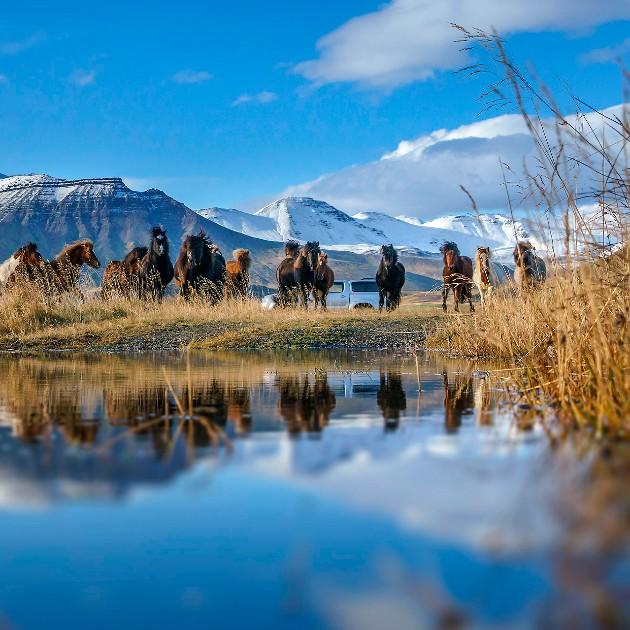 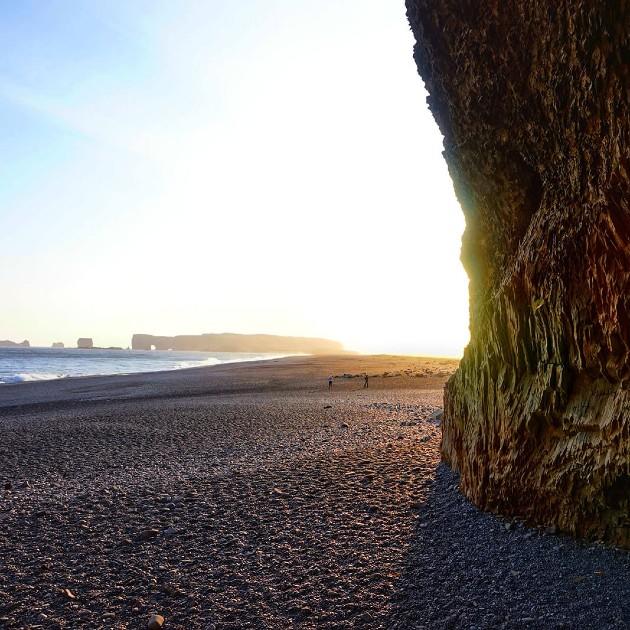 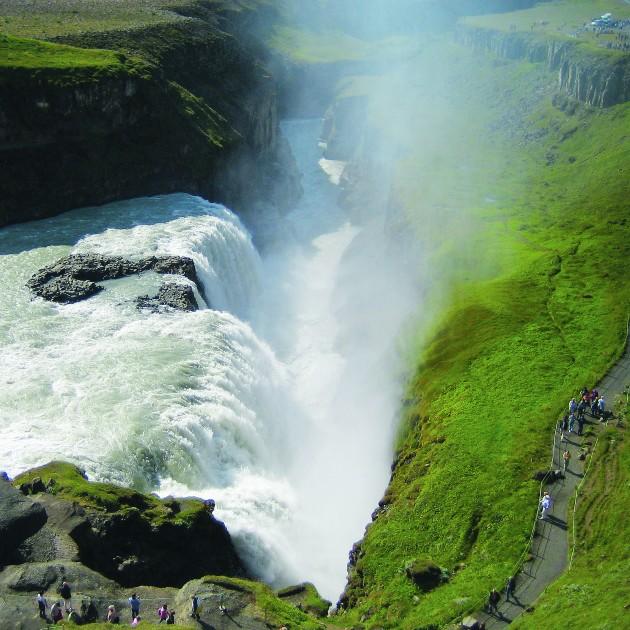 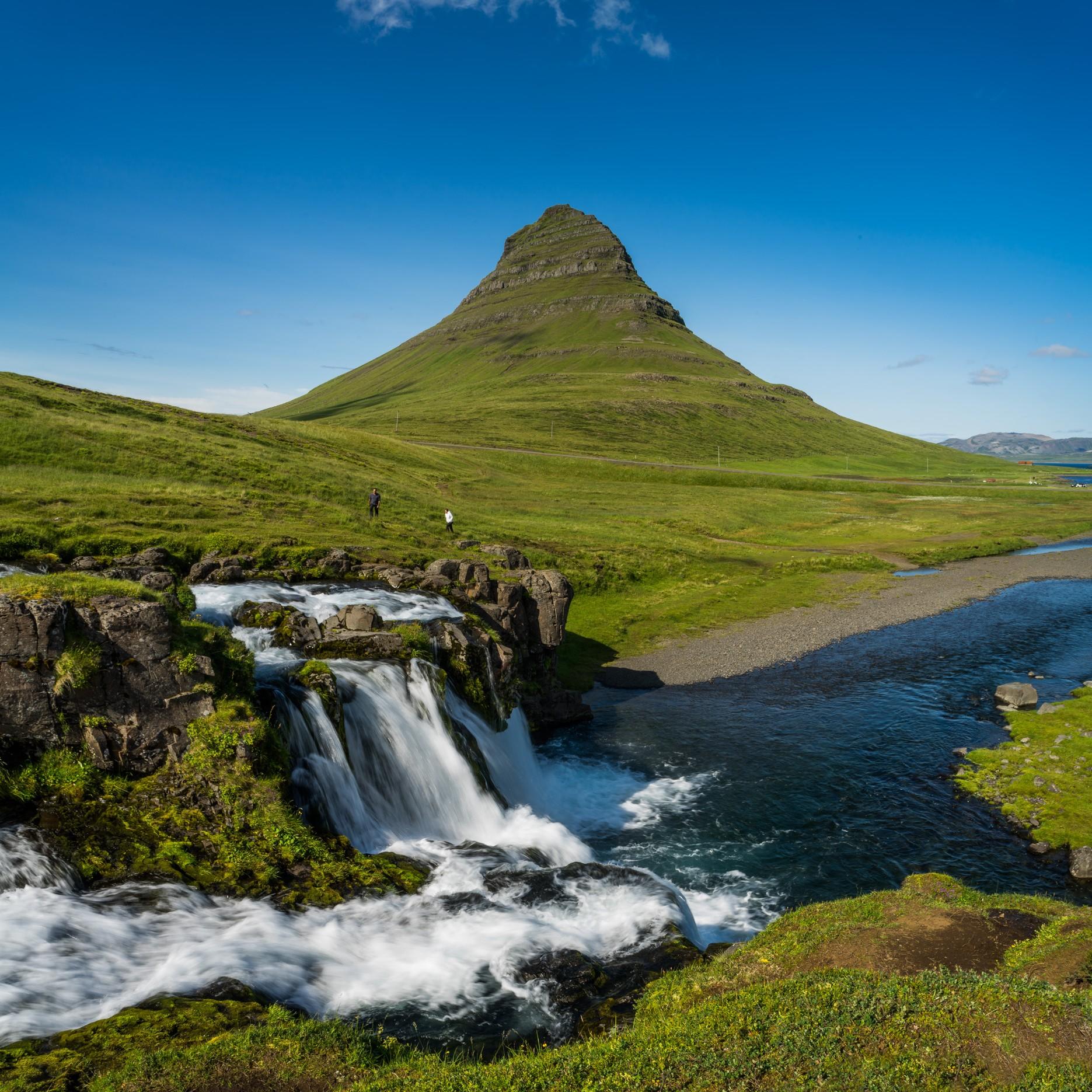 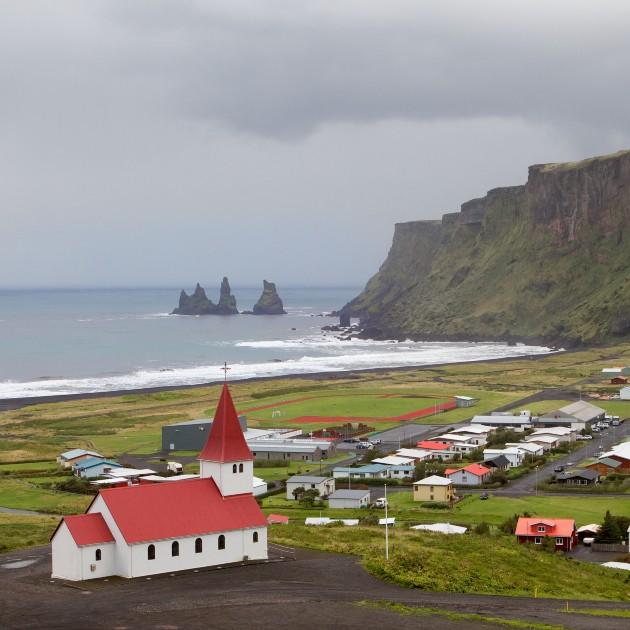 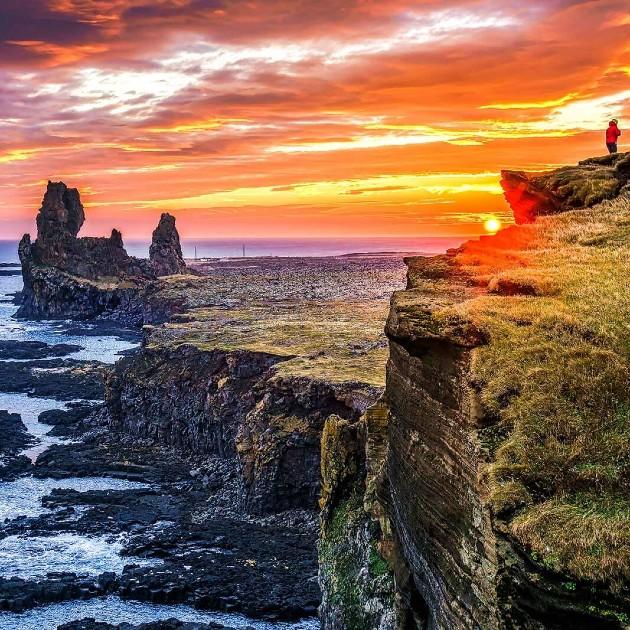 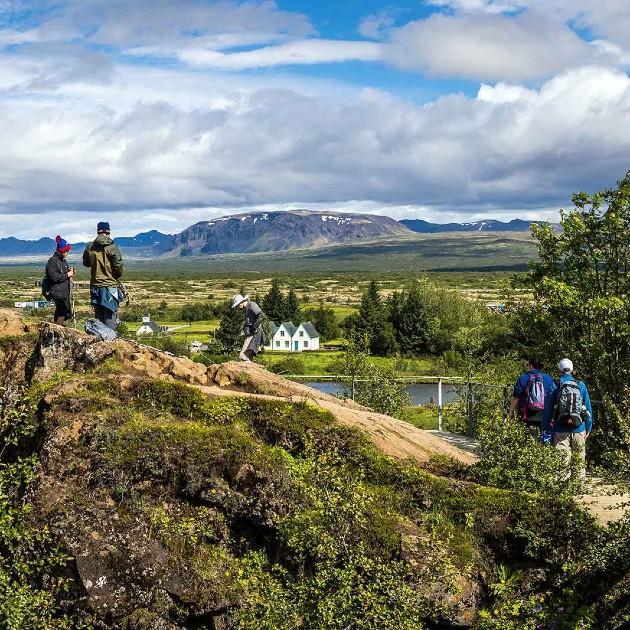 On arrival at Kelavik International airport you will meet our representatives and they will transfer you to your hotel in the Capital Reykjavik. You will stay in a 3* hotel within easy reach of the cities attractions and have facilities like Satellite TV. All rooms have a private en-suite bathroom and breakfast is served each morning. After check-in the rest of the day is free for you to start discover beautiful Reykjavik.

This tour includes the three most popular scenic tours Iceland has to offer. On day 2 we visit Iceland´s most popular natural attractions including Geysir Hot Springs, Gullfoss Waterfall, Þingvellir National Park on the bestselling day tour in Iceland.

Along the tour, the newly opened Geysir Center offers guests and travellers a chance to use the restroom and to catch some refreshments as well as lunch.

Day 3 and we leave Reykjavik in the early morning and drive along southwestern stretch of the ring road leading from Reykjavik along volcanoes, waterfalls, and glaciers to the black sand beach and Iceland’s southernmost town, Vík. The tour starts with a drive through the Hellisheiði mountain pass bringing you through moss covered lava fields and past geothermal springs down to farmland along the coastline.

On clear days, Hekla and the infamous Eyjafjalljökull volcanoes along with the Westman-Islands can be seen rising in the distance as you approach the Solheimajökull Glacier, a photographers delight and the first stop on the tour. The next destination is the otherworldly black beach known as Reynisfjara where the waves of the Atlantic Ocean crash upon the black sands from which the seemingly man-made hexagonal basalt columns rise to cliffs filled with nesting sea birds. After taking in your fill of the amazing geological formations, the tour will continue onto the small village of Vík.

Day 4 and it’s another early start as we head out to spend the day in Snæfellsnes National Park, often described as “Iceland in Miniature” for its diverse scenery. You’ll see the mossy Berserkjahraun and Grundarfjörður fishing village where Kirkjufell Mountain rise from the green hills, surrounded by trickling rivers.

Our next stop is at Djúpalónssandur, a beautiful black lava stone beach where you gaze at the rugged cliffs before heading on to the village of Arnarstapi. Here you have a breathtaking view to the Snæfellsjökull glacier, a famous site, primarily due to the novel Journey to the Center of the Earth, in which the protagonists find the entrance to the Center of the earth on Snæfellsjökull. The day would not be complete without an Icelandic home-cooked meal along with some local interaction

On your last day after check out from the hotel we transfer you back to the airport to catch your flight back to the UK.